The Americans have been tasked with retrieving several Special Forces squads that have been cut off after being noticed by the local Somali Militia.

The American Commander on the ground "Big" Dave has been assigned a number of infantry mounted in HMMWV's with TOW support and a Huey Super Cobra giving air support, several empty vehicles have been provided with which to extract the special forces.

Standing in their path is a motley mob of Somalia militia fighters backed up with a few technicals and well sighted Ambushes. Although the American Commander knows the location of the troops requiring extraction, the Somalia militia do not and will have to react accordingly. 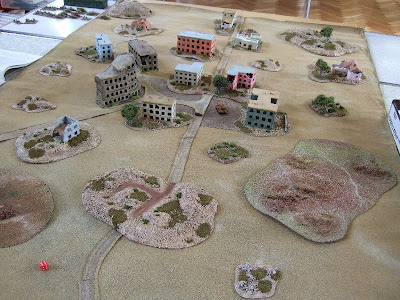 Where are the Special Forces lurking? 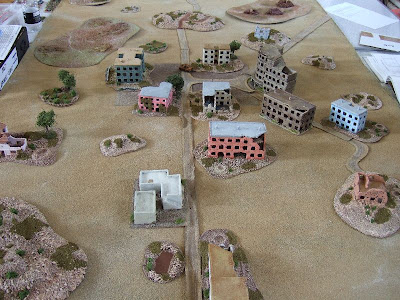 The US forces roll on and almost immediately trigger an ambush from a well sited recoilless rifle, taking out the TOW armed HMMWV and suppressing a number of trucks and infantry. 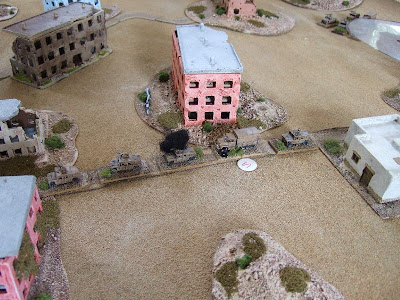 While the Somali militia move hidden in the surrounding streets the second group of American Vehicles move in what seems to a flanking move around the town centre, unfortunately a ghastly friendly fire incident results in two KO'd HMMWV's and another damaged, cheering crowds of Somalia’s can be heard in the distance by the stunned American survivors. One Sergeant can be heard muttering about firing squads. 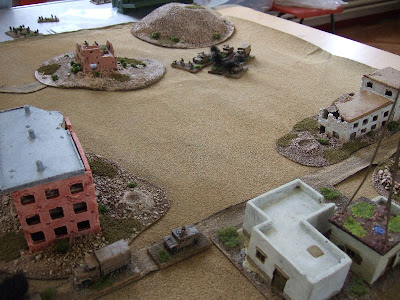 Advance scouts from the US side call in Helicopter Support against a group of technicals that can be seen moving forward, while the cannon fire misses, a hellfire missile makes short work of one of them. 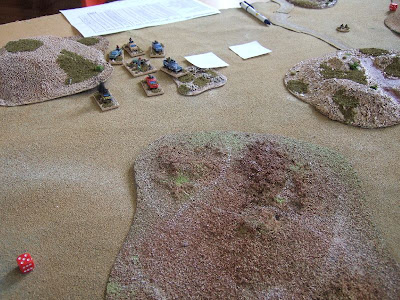 Some further movement from the first group of HMMWV's triggers a second ambush; unbeknownst to the militia fighters the same building is shared by a group of recuperating Special Forces! A brutal short range firefight ensues leaving a further HMMWV destroyed and scattered but insignificant Somali casualties. Incensed the Special Forces initiate a close assault which unfortunately results in their demise. 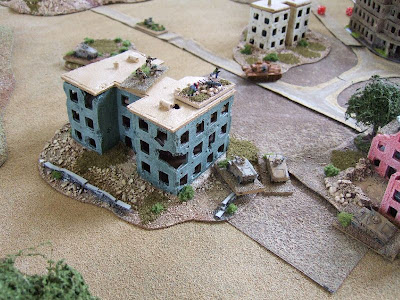 American morale at an all time low they barely manage to stay in the field, seeking a quick evacuation with some inspired leadership the remaining Special Forces squads emerge from nearby buildings and head toward a nearby empty HMMWV. They manage to climb aboard, whilst behind them the roar of technicals can be heard in pursuit. Huey air support strafes the group but when the smoke clears from the cannon & hellfire missile there are no Somali casualties. 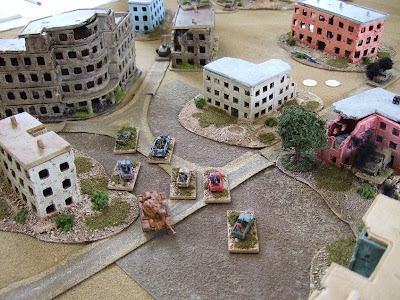 Finally in an unheard of move the US forces surrender to the Militia Fighters. The level of casualties sustained finally taking their toll. 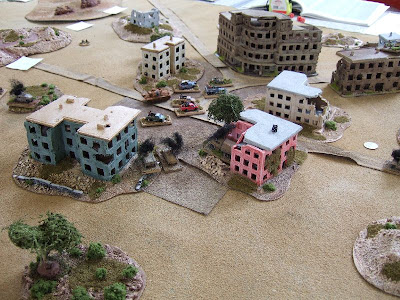 This was a test game of Cold war Commander which we intend to use to refight the Battles in Mogadishu seen in the film Blackhawk down. Mainly to familiarise ourselves with the guerrilla doctrine (used by the Somali forces) and tweak the unit stats to suit this purpose.

Our findings:-
Posted by skinnedpuppy at 15:21