After having finished enough models and scenery we tried out our first games today in this setting. Roughly 3000 Points of Germans vs 2000 Points of (Big Dave’s) American Paratroopers in an Assault on an American held town 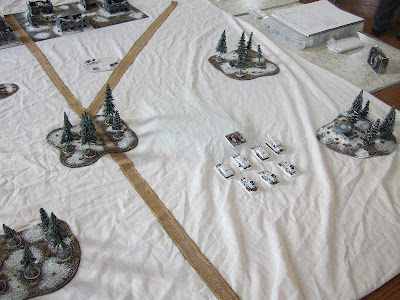 The Table is still pretty sparse (more scenery is in the works), A German CO can be seen driving forward a battlegroup comprising Jagpanzer IV’s, a Jagdtiger and some Marder II’s 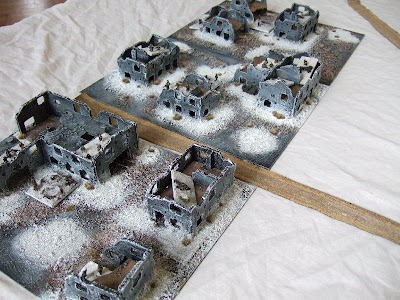 Meanwhile the American Paras lie low in the new urban Terrain Tiles (Build another 20 of these and we could do !). 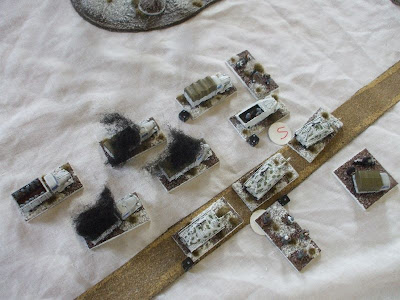 The first few turns are pretty uneventful until the Ami’s land a stonk on the German Trucks putting them a third way towards their breakpoint! 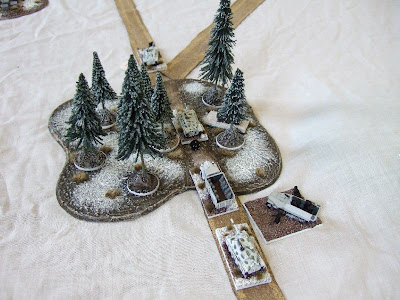 The second part of the German Force comprising the remaining trucked infantry and some Hetzers thunders through a forest. A lurking Para Recce jeep gets the sharp end of some German Bayonets and is removed 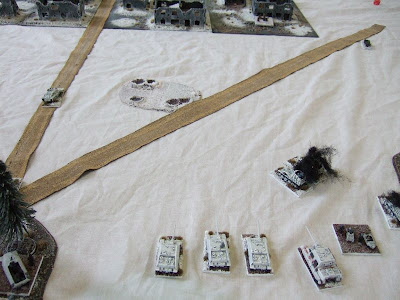 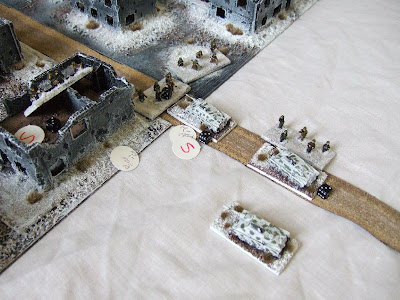 The Marder III’s make it to the edge of the town only to fail their command roll, the Ami’s pour out of the buildings taking advantage of the Hetzers narrow line of Sight and engage them up close. 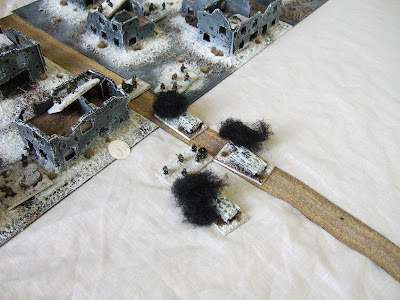 With further failed command rolls and blunders the situation goes from bad to worse for the Germans losing all three Hetzers. They have now reached their break point and need to start testing.

Although the Germans hang on for another couple of turns At -4! They eventually break giving the Americans a victory.

Thoughts on the Game.

I thought this would be an east victory for the Germans as the Americans had no armour, however winkling elite troops out of dense urban terrain whilst being smacked with Artillery and Mortars proved to be very difficult. Added to that whenever there was a critical roll the Germans had to make they would inevitably fail it which didn’t help!

All in all a fun game, with some further terrain that will break up LOS the Germans will be back for more.